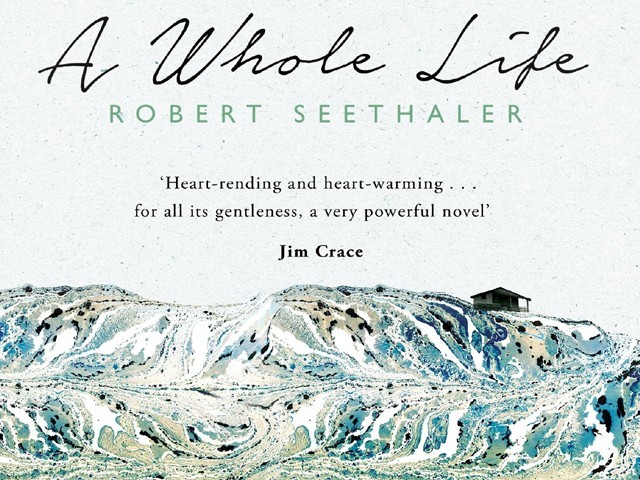 In a busy and chaotic world, sometimes it takes a quiet novel about a man and his mountains to knock you off your feet.

A Whole Life is short and simple, translated from the German into wonderfully unfrilly prose by Charlotte Collins. I think sometimes it’s too easy to be impressed by the grand and the long and the complicated, but actually beauty and nuance can be found in far simpler forms.

A eulogy on loneliness, it follows Andreas Egger through his mid-century life in a small village in the Austrian mountains. Egger is both a stranger to and a part of his surroundings, and while it’s obvious from the start that he is treated as an outsider by his adopted family and fellow villagers, it’s also soon made clear that nobody knows the mountains like him.

Throughout A Whole Life, nature is made to seem unknowable and mysterious; a threat to the village and its inhabitants, causing destruction and death to those who dwell within it – including, tragically, to Egger’s young wife early on in the novel. But above all the mountains are alive in the novel: a friend, a foe, and a part of Egger himself. Just look that this paragraph and tell me you don’t ache with the feeling within you:

Sometimes, on mild summer nights, he would spread a blanket somewhere on a freshly mown meadow, lie on his back and look up at the starry sky. Then he would think about his future, which extended infinitely before him, precisely beacuse he expected nothing of it. And sometimes, if he lay there long enough, he had the impression that beneath his back the earth was softly rising and falling, and in moments like these he knew that the mountains breathed.

Modernisation is treated suspiciously by Egger, and although he tries to adapt to the new world and technological advances it brings to the villages, there’s still a strong sense of mistrust. He is chosen to work for the ski lift company not because he knows what he is doing, but because nobody knows the land like he does. As an old man he watches children watching TV and is confused by it, preferring instead to retreat to the comfort (or rather discomfort) of his simple mountain abode. There’s something really sad and beautiful about Egger unable to understand this new world, and choosing instead to stick to the familiarity of the rustic.

This is a story about a simple existence and the joy and heartache experienced in it. A quiet avalanche of a novel, A Whole Life surprised me in its tenderness, in its matter-of-factness, and in the way it made me feel so much without saying all that much.

PS, the cover is absolutely beautiful!

← Review: The Beginning of the World in the Middle of the Night, Jen Campbell
Review: Orlando, Virginia Woolf →