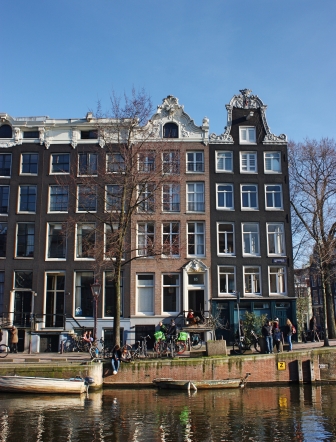 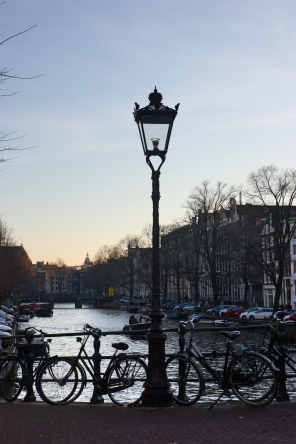 Amsterdam has been on my list to visit for ages, and it feels like everybody I know has been there recently and had lots of recommendations of places to go and, most importantly (always), where to eat.

With a close friend currently studying in Rotterdam, there was no better time to reassemble the university friendship group and our other halves, and head to Holland for the first time. 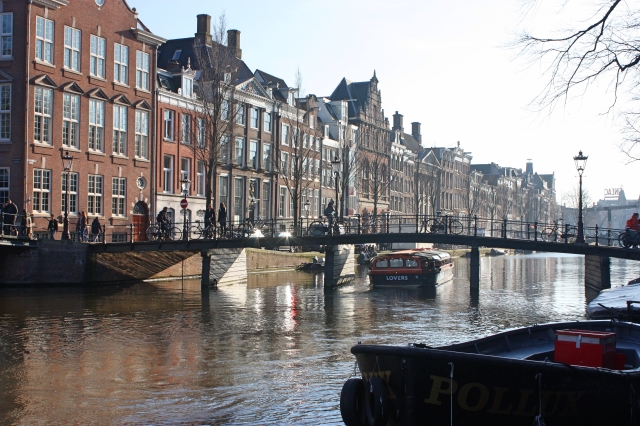 I’m not going to pretend that there wasn’t a distinct smell of weed as soon as we stepped off the Eurostar and out of the train station, but we navigated the Amsterdam tram system successfully to arrive at our hotel mid-afternoon and wait for the rest of the group to arrive. Our hotel was in a great location – close to the museums and the leafy Vondelpark, but not too central that you felt like you were in a tourist trap.

The first afternoon was full of wanderings and catch-ups, and not much proper sightseeing, apart from a quick walk through the red light district (which made me feel a bit weird) and then a long stop at a pub for a Heineken or two. We ended the evening at the amazing Vegan Junk Food Bar that came highly recommended from a vegan friend, and even the most carnivorous of my friends admitted that it was one of the best burgers they had ever eaten. 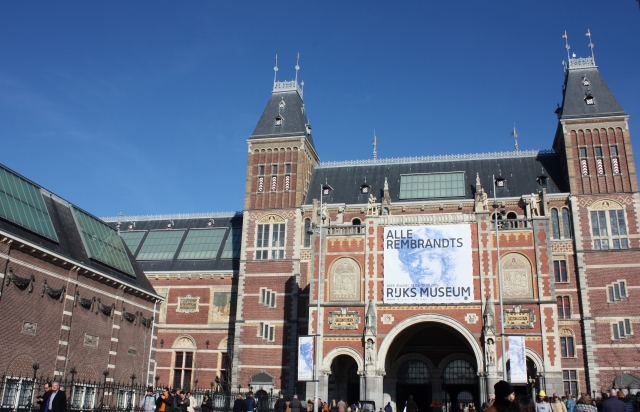 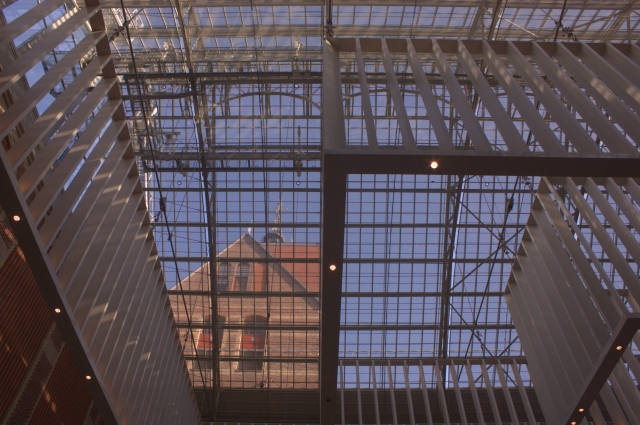 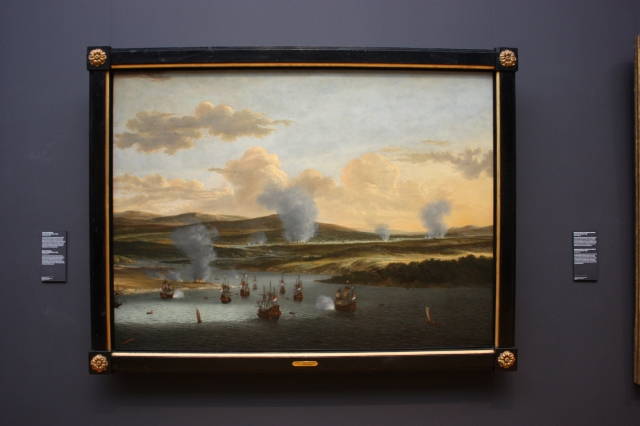 We headed to Bakers & Roasters for breakfast which was a lovely kiwi brunch cafe that was completely up my street and another recommendation from friends. The first stop of the day was the Rjiksmuseum. The museum is so huge, I felt like we hardly got to scratch the surface. It’s definitely worth a visit, and for 20 euros, you could spend literally the whole day there if you chose. Unfortunately we had to get going after a couple of hours as we had booked onto a Sandeman tour for the afternoon.

I’ve done Sandeman tours in four places now (Berlin, Barcelona and Auckland) and always find them a great way to learn about the history of the city while taking in the main sights. It’s far too easy to wander around without really taking anything in, not understanding why things are the way they are. It was so interesting to find out about the origins of Amsterdam and the golden age of Dutch history, and offered a new layer of appreciation of the city and its architecture.

By this point we were exhausted having already walked many thousands of steps, but we decided to walk to another part of the city to the Foodhallen which we had heard lots about, and which we knew would cater to our varying food tastes! The Foodhallen was ridiculously busy on a Saturday night, and although we had to fight to get a table, it was really nice to be somewhere less touristy (and with delicious food of course). 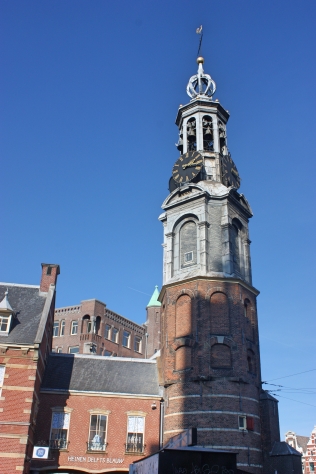 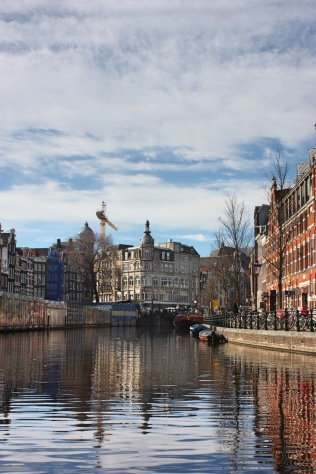 Our last day in Amsterdam, and we’d booked our tickets for the Anne Frank House in advance (which you really have to do otherwise it’s impossible to get in). A quick breakfast beforehand and then we walked to the museum, which was extremely moving and well done. I grew up reading Anne Frank’s diary so it was slightly surreal to be inside her house and seeing first-hand a part of where she grew up – and where she was sent to her death. I’d really recommend the museum to anyone visiting Amsterdam – it’s an important part of the city’s history that shouldn’t be forgotten.

Our last activity before leaving was to hop on a boat tour which was a lovely way to spend an hour and a half – cruising the canals and seeing the city from a new angle. And then there was just time to have one (or two) last Heineken, collect our bags from the hotel, and get the bus to the airport. 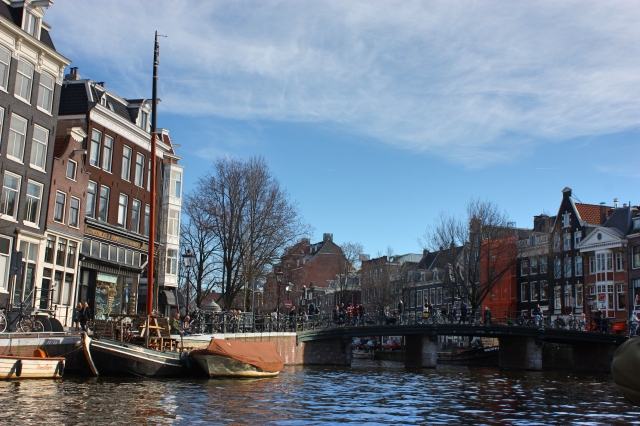 We were sad to leave Amsterdam, especially because there were so many things we never got round to doing! Most importantly, we never managed to cycle around the city (although nearly being run over by bikes many times has scarred me a bit on that front) which surely means that we have to come back one day soon. 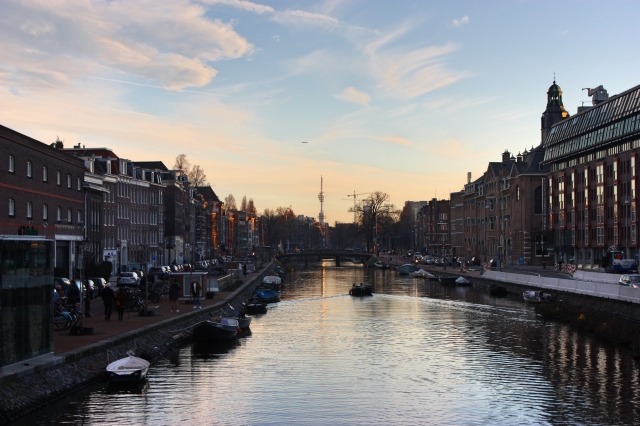